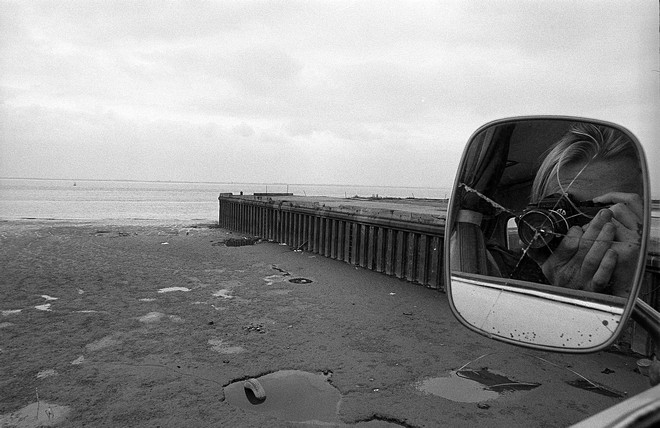 Born in Bootle. It is almost inconceivable but those three simple words, an accident of birth, have had such a profound effect on my life as a photographer. Early years experience taught me that there were others who could decide our futures and categorise us as they saw fit: our little part of Bootle was deemed a ‘slum’ and therefore in need of ‘clearance’. No consideration was given to the fact that many of my aunties, uncles, cousins and grandparents all lived within four streets of each other. For them none was needed.
In my mid teens I became aware of an organisation called Bootle Arts & Action, a community arts project that involved itself in giving young people cameras to communicate their experiences. That photography could be used politically was a revelation for me and became the foundation stone for the work I was subsequently to pursue.
Early photographic work was based around Liverpool with funding from Open Eye, looking at issues of poverty, homelessness and aspects of male sexuality resulting in TV, TS. & Drag in 1985 and Somewhere Called Home in 1986. A collaboration between Open Eye and Posterngate in Hull resulted in The Hull & Liverpool Docklands in 1988. About this time I moved to Newcastle in order to make contact with Side Gallery: with its reputation and the quality of work being produced it was an obvious move. An initial two week commission to work on the Meadow Well estate was extended to become a two year project resulting in Meadow Well: an English Estate. Further commissions were gained from various sources to continue working on the estate and throughout the North East in general, including Westoe, which looked at the final weeks of a working coal mine.
© Steve Conlan
Powered by ZENFOLIO User Agreement
Cancel
Continue